The Earth is quite large, but the layer of dense air around it is not very thick, reaching a height of about 11 kms, where 3/4 of the planet’s air mass is located. Compared to the radius of the Earth (approx. 6371 kms), the denser air layer is only about 0.17%. For example, on a globe with a diameter of 30 cm, only a layer of about 1/4 mm would correspond to this, which is comparable to the thickness of a thin layer of dust or a sheet of paper. The idea of the great ocean of air around us is far from correct. Climate scientists have given the alarm for decades, and now we, too notice climate change. Nearly 8 billion people on Earth consume about 101 million barrels of oil per day (2019), or nearly 6 cubic kilometers a year. For comparison, there is about 18 km3 of water in Lake Peipus (fifth-largest in Europe, without Lake Pskov).

In other words, about 1/3 of the volume of oil in Lake Peipus is consumed every year. Coal is mined in about the same volume – 7.9 billion tons, which also corresponds to about 6 cubic kilometers. The annual production of natural gas is about 3900 cubic kilometers. Concentrations of carbon dioxide and other greenhouse gases in the air have been rising steadily since the beginning of the
Industrial Revolution, as the limits of the atmosphere’s self-cleaning capacity have long been exceeded and are steadily declining due to human activity. The anthropocene era has arrived, threatening to confuse the entire planet’s biota in the coming decades. Who should protect us from ourselves? Where, then, is this insane amount of fossil fuels going? What can be done to make energy and transport, in particular, the largest consumers of fossil fuels, sustainable? It is necessary to move, energy is also needed. But, does the world really need 1.5 billion cars with internal combustion engines? However, if they are replaced by the same number of electric cars in 10 years, would the environment benefit from it? So what is the energy consumption of different modes of transport? As for energy consumption of different means of transport, all the most important modes of movement together with the speeds of movement are displayed on one graph (shown below). As energy consumption per kilometer per person from bicycle to the Concorde airplane differ by more than 150 times, logarithmic scales had to be used to make the lower end visible at all.

In Figure 1, six groups of mobility powers can be distinguished – up to 100 W, 1 kW, 10 kW, 100 kW, 1 MW, and more. Most human movements today take place with a very high energy consumption of about 1000 kJ / (km * person), which can be achieved practically only with liquid fuels. The power level in kW indicates, in addition to the power required to move the vehicle, approximately the battery capacity Wh or the size of the fuel tank. Of course, the average efficiency of the traction drive must also be taken into account. Dividing the required distance (km) by the average speed (km / h) gives the hours during which such power is needed. We can see that light vehicles and electric-rail transport have about 10 times less energy consumption per passenger-kilometer than the most common vehicles with internal combustion engines today – cars, buses, motorcycles, ships and airplanes.

We have very energy-efficient electric motors, but the energy density of batteries is not yet at the level of liquid fuels, if at all. The mass of an electric vehicle battery is proportional to the energy required to move. If an electric bicycle with a capacity of about 500 Wh weighs 2 – 3.5 kg, then an electric car with a 100 times higher energy capacity of 50 kWh also weighs about 100 times more – 380 – 600 kg (a very minimal electric car battery of about 20 kWh still weighs about 200 kg). This shows that current electric cars continue in the style of energy-intensive and massive internal combustion engine vehicles, as required by established traffic and human habits. However, they must now change decisively to prevent, or at least postpone, an environmental disaster. About 100 electric bicycle or scooter batteries could be produced from the materials of a modern electric car battery. Approximately the same ratio of 100: 1 also applies to the masses and price of the construction materials of an electric car and an electric bicycle.

So what can be done to reduce the transport footprint?

In order to significantly reduce the environmental impact of traffic, fossil liquid fuels should be more decisively abandoned and the energy consumption of the main movements should be limited to about 10 times – for example to 100 kJ / (km * person). This can be achieved with electric light trains and trams and various light vehicles, such as electric bicycles, rickshaws, mopeds, scooters, etc. Achieving the level of 100 kJ / (km * person) in air traffic seems to be the most difficult and would require aircraft at a completely new technical level. Instead of metals, ultra-lightweight carbon fiber composites must be widely used. However, as the use of some fossil fuel vehicles, such as freight and aviation, is essential, environmental taxes should be used to raise funds for environmentally friendly research and development and business support. For this to work, it is important that as many countries as possible – if possible all – impose these requirements at the same time. Technical innovation in means of transport should move primarily towards light vehicles.

Ensuring passive road safety for light vehicles seems to be the most difficult issue, so that environmental savings do not come at the cost of human lives. Light vehicles are in no way compatible with the massive and fast vehicles currently used in traffic. Anyone who has ridden a bicycle between cars in traffic knows this. All that is needed here is to limit speeds and expand light traffic. In cities, vehicle speeds should be limited to around 30 km / h and around 70 km / h on roads where light vehicles also travel. In order to increase the passive road safety of light vehicles, consideration could be given to constructing the body of the vehicle in such a way that, in a collision, the occupants rise upwards, which is even better tolerated by the human body than sudden forward or backward movement. Fast and longer journeys should be made by electric train, and it should be made as easy as possible to bring a light vehicle onto the train. Freight transport should focus on trains and ships. Extensive development of motorways and junctions on hundreds of hectares is no longer needed due to slower and reduced traffic, which in turn contributes to the preservation of forests, reduces CO2 emissions and reduces traffic noise and pollution.

Charging light electric vehicle batteries, even with renewable energy, is not a problem. Charging is also much faster due to about 100 times less energy required than a modern electric car.

Let’s sum it up

The discussions and ideas presented may seem quite radical, but the necessary effect cannot be achieved without inconvenience (such as weight loss). In fact, we do not have to wait for vehicles to become so energy-efficient and affordable. It is entirely possible for countries and even municipalities to set the necessary conditions with appropriate traffic and tax policies, such as significantly lower speed limits, bypassing heavy vehicles away from settlements, building light roads and making the lives of light vehicle users more comfortable and affordable, such as lowering insurance or taxes. In this way, market demand would start to change things in the necessary direction quite quickly. 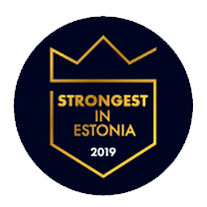